Cut away your tracing lines

When cutting your fabric, I never ever recommend just placing the pattern on the fabric and cutting around it. (We’re now talking about a pattern with seam allowances included) The problems with this are:

• It’s easy to accidentally cut into the pattern pieces and make them smaller and smaller over time
• You will always end up adding a tiny bit to the garment since it’s impossible to cut right on the edge.

After tracing the pattern on the fabric you then cut the piece along the drawn line, right? This is actually incorrect, because you will end up adding a little bit extra to the pattern. The tracing line is not on the edge of the pattern, it’s just outside the edge. This is especially true when using chalk or a blunt pencil that produces a thick line. I know, we are talking about just a few millimeters but from a patternmaker’s point of view that’s simply incorrect and your pieces won’t fit together 100%. Imagine unintentionally adding 2 mm to both ends of a collar = 4 mm altogether, and doing the same with the neckline which reduces it by 4 mm. You now have a difference of 8 mm which is a lot; the pieces simply won’t match.

This can easily be fixed by cutting along the inner edge of the line instead. You should have no visible pencil markings on the pattern pieces, you are cutting away all of them. 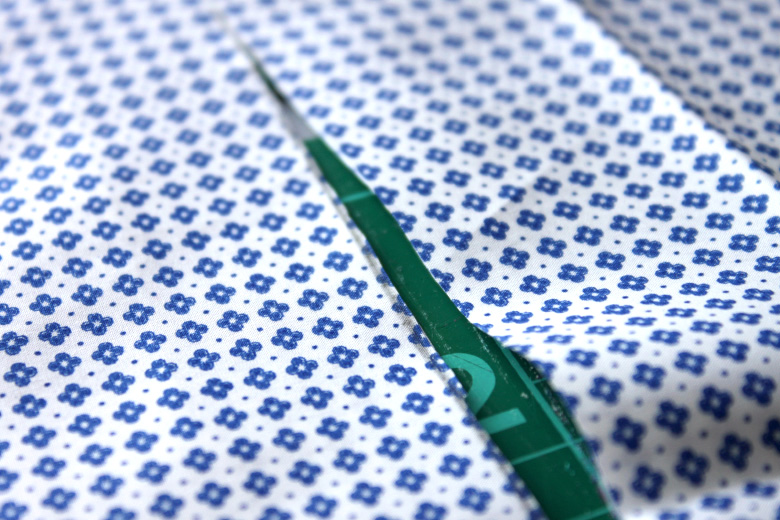